Inbio is a all in one personal portfolio WordPress theme. You can customize everything. 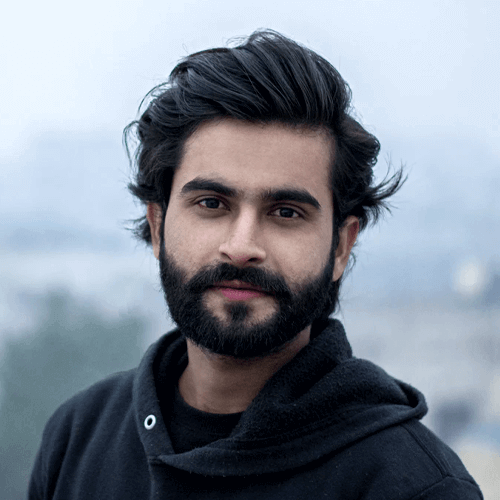 I am a Developer. Professional Coder. UI/UX Designer
CONTACT ME
Features

A UX consultant is responsible for many of the same tasks as a UX designer, but they typically.

We’ll handle everything from to app development process until it is time to make your project live.

Visit my portfolio and keep your feedback

The training provided by universities in order to prepare people to work in various sectors of the economy or areas of culture.

Google’s hiring process is an important part of our culture. Googlers care deeply about their teams and the people who make them up.

A popular destination with a growing number of highly qualified homegrown graduates, it's true that securing a role in Malaysia isn't easy.

The India economy has grown strongly over recent years, having transformed itself from a producer and innovation-based economy.

Google’s hiring process is an important part of our culture. Googlers care deeply about their teams and the people who make them up.

A popular destination with a growing number of highly qualified homegrown graduates, it's true that securing a role in Malaysia isn't easy.

The India economy has grown strongly over recent years, having transformed itself from a producer and innovation-based economy.

The training provided by universities in order to prepare people to work in various sectors of the economy or areas of culture.

That means you should start to get rid of all the UIWebView and replace them with WKWebView.
And starting from Aprile 2020 you will not be able to submit any app using uiwebview

So How you will do it
1. First if you are using it in your code
All you have to do is to start migrating from UIWebView to WKWebview

You need to replace this code

2. If you are using 3rd party libraries

Migrating from UIWebView to WKWebView might seem relatively straightforward, but you probably use some 3rd party libraries and they might also contain UIWebView.
You need to find all of them and update them, if available or replace them. This process is not exactly trivial. If you use 3rd party libraries as code, for example via Cocoapods, you can do a text search for UIWebView in their sources.

One of the most used libraries is RxSwift using the UIWebView in version prior to 5.1.0
so you can use this command to find all of these libraries

I hope this will help you 🙂

today we will talk about how the developer should read the design to build better apps, and do a more complex and pixel-perfect design

For a long time, the design represented a difficult challenge for the developer, and because the developer always tries to think in a way that they fill in logic, the design sometimes contradicts this aspect and needs more on the creative side But before we continue on how to find a solution to this issue, let us know why design is important

WHY IS DESIGN IMPORTANT?

HOW DO DEVELOPERS DO THINGS CURRENTLY?

first, he will get the design files from the designer, “who uses tools like sketch and Zeplin”
and start to mock them up using his development tools like (Xcode, android studio, or any text editor for web developers)

Example of an app screen:

WHY IS THIS NOT RECOMMENDED?

HOW MUCH TIME DOES IT TAKE? TO BUILD A SIMPLE DESIGN?

HOW CAN WE REDUCE THE TIME NEEDED? AND BUILD BETTER AND MORE COMPLEX DESIGNS?

since this is a designer’s process so it is better to do it their way, what does that mean?
designers build things using symbols that can be reused everywhere,
which means they build the symbol once and have it where ever they want and when they need to use it again, they just call the symbol name and if they wanted to do some changes, they just update the symbols file and it will be reflected everywhere.

The five stages of atomic design are:

Atomic design is not a linear process, but rather a mental model to help us think of our user interfaces as both a cohesive whole and a collection of parts at the same time. Each of the five stages plays a key role in the hierarchy of our interface design systems. Let’s dive into each stage in a bit more detail.

HOW DO WE PUT IT INTO PRACTICE?

as we can see it is just a way of thinking and organizing your elements and style,
so instead of starting building the design from top-down (building the pages then the elements),
we go the opposite way down top, which means we start from the atoms

this is the Current Way To build things so in order to build the design we have to go through every element and component in the design that will result as we already found around ~ 15000 operations to build
so instead of building that number of components we only build the unique components and use them around the app and as a result
so the first thing to ask your designer for is the colors, fonts, and all unique components
Colors design file:
Components design file:

HOW MUCH TIME DO WE USE NOW? CURRENTLY, WE HAVE ABOUT 20 UNIQUE COMPONENTS

WHAT HAVE WE ACHIEVED NOW?

now as a result we are now agreed that

and focus on your code and logic of the app

And what about you, how do you build your design?

We all should write Unit Tests if we want our code to work and keep working.

Why you should do Unit Tests

You are planning to build an app. You start collecting features and drawing some sketches. At some point, you start coding. After you have set up the project, you start implementing the required features of the app, but you ended up with tons of bugs instead of features.

You rushed up and started to add breakpoints and waited for a miracle to happen and fix all of the bugs for you. Then, after thousands of reruns, you wished for some black magic to test your app and fix what you have committed.

What are Unit Tests

Automatic unit tests are the black magic you wished for. They execute code, but without the need to add breakpoints and navigate to the screen to test. Instead of running the app over and over again, you write tests with different input data and let the computer test your code in the blink of an eye. We will see how this works in a simple example.

What you should test?

The first thing to know before writing tests is you should know what you need to test.

Usually, you have to test new features, events, or components of the app you plan to change.

But in general, you will have to write tests for:

Open Xcode and go to File -> New -> Project. Navigate to iOS -> Application -> Single View App, and click on Next. Put in the name FirstUnitTest, select the language Swift, and check Include Unit Tests. Uncheck Use Core Data and Include UI Tests, and click on Next. The following screenshot shows the options in Xcode:

When done you will see this result in the Xcode navigator:

What is inside the FirstUnitTestTests?

If you opened the FirstUnitTestTests.swift file from Xcode Navigator you should see this at the top of the file:

Every test case needs to import the XCTest framework. It defines the XCTestCase class and the test assertions that you will see later in this chapter.

The second line imports the module FirstUnitTest. All the code you write for the app will be in this module. By default, classes, structs, enums, and their methods are defined as internal. It means that they can be accessed within the module. While the test code lives outside of the module. To be able to write tests for your code, you need to import the module with the @testable keyword. This keyword makes the internal elements of the module accessible to the test case.

You will see four methods:

In the beginning, it’s good practice to have a test case for each class in the main target.

Let’s write some code to test

Let’s create our class to test it go to File -> New -> File
and select Swift File, name it Calculator.swift

Let’s write a couple of simple methods to test, they will be simple so we can focus on the purpose of this which is to see how to write tests.

Write down this code in the Calculator.swift file:

Now let’s get our hands dirty.

In case you wanted to create a new test case class go to File -> New -> File -> Unit Test Case Class and give it the name CalculatorTest.swift.

You will find all the methods we talked about before but you will not see:

Now add it to be able to use the Calculator.swift file.

In real-life testing, you can delete the previous four methods and start writing your own.

You can run your unit tests from four different places:

If everything is ok you should see something like this:

XCTAssertEqual is trying to test if two expressions are equal and throw an error if not.

How to Improve Unit Tests

There are some points to keep in mind while performing unit testing:

The most important assert functions are:

It is clear that Unit Tests cannot and should not be avoided. Rather, developers should opt for Test-Driven Development where they write the test and then write the code. You just need to get suitable tools to further reduce your testing efforts.

I am available for freelance work. Connect with me via and call in to my account.